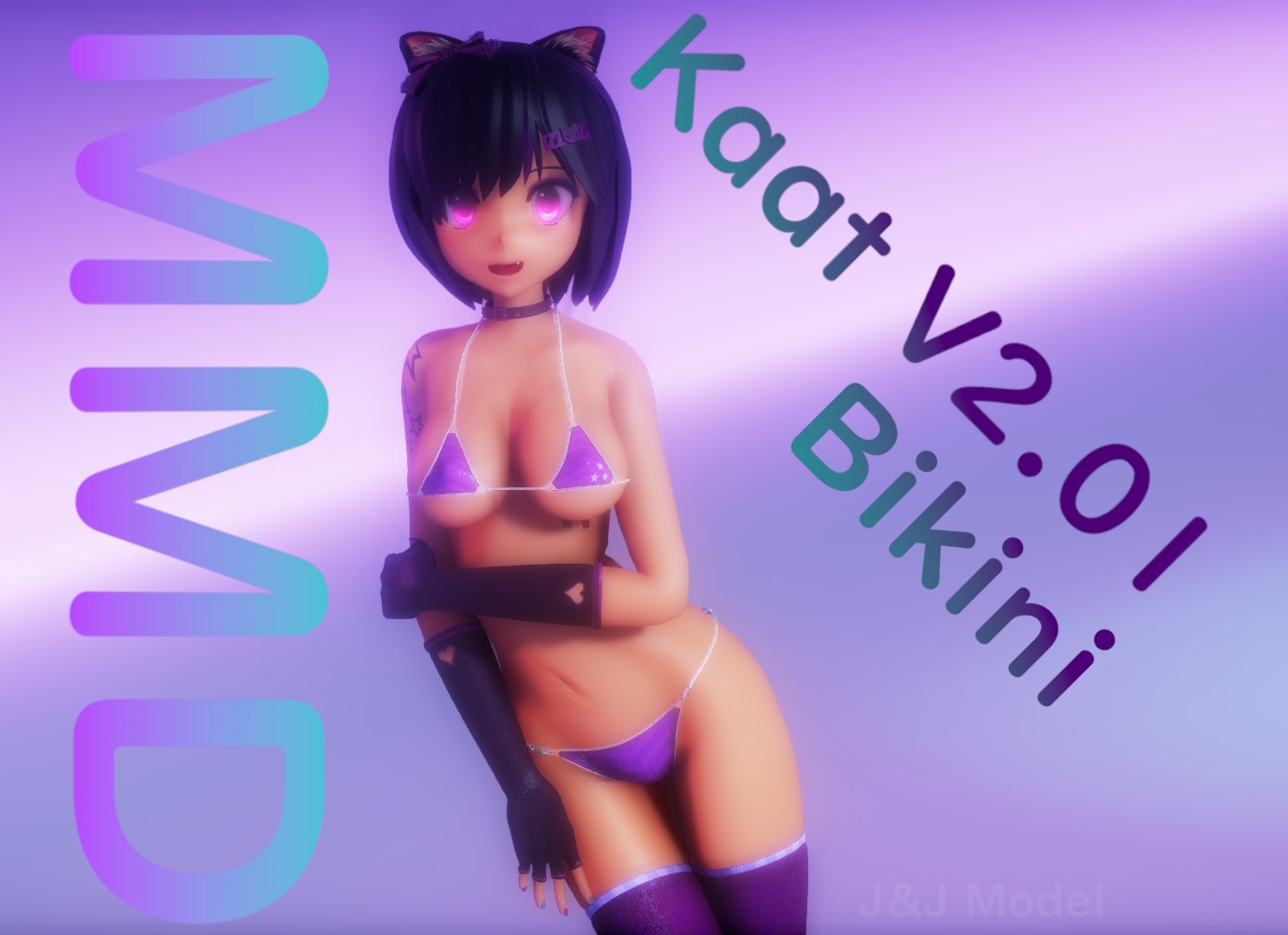 Your videos are crazy good ♥ And thanks so much for sharing your gorgeous models! You rock!! ~
ヾ(⌒ω⌒)☆

Thank you for your video,good luck

Always thank you for having you edit many models. : )

Look forward to your new work!!

bro i have news for you....bad news
the guy who is the responsible for killing your deviant account and other pages is that fag damesasuke
i hate that guy since citrusmoothies destruction
now this is personal >:(

Where can I find your Ikazuchi and Inazuma models? Thank you. oh did the big man hurt your baby feewings?

grow the fuck up you 27 year old autistic child. the world isn't your "safe space" that you're trying to make it be.

> Akomni
Illigal activities have their panalties, this 33 years old man is trying to force me to pay for a click link that is free from money payment - He does that by trying to annoy me. If this website cannot be my safespace, then it cannot be his safespace either, which is just why I report him - since what he is doing is indeed illigal. My only question to you is why you try to protect him when you claim that this area shouldn't be someone's safe space, can we protect one another or not? I keep remind you that I never mate this man before he jumped on me and we never had a single chat beforehand.
Edit: By the way, I told him allready that I am willing to withdraw all of my reports on him (including the wall comments) if he were to remove his comments from my videos. He refused.

^Did this guy get banned again?
I'm assuming he did carry out his threats but his actions went against him.

In response to omglolthisguy,
In no way is putting his own, ORIGINAL content behind a paywall is considered illegal. Let me break it down for you so you can understand the difference in legality because you have no idea.

What is legal:
Putting your content behind a paywall so only subscribers/donators can access it. Asking for donations is no different. You CAN ask for donations. (Sure you can even tell people to donate, but that is frowned upon. Not illegal).

What is ILLEGAL:
Making money off of copyrighted content without the creator's permission.
OR
After a user downloads said content, if the creator threatens and/or blackmails (extortion, basically). THAT is illegal.

In most cases creators have no basis in order to threaten people as most downloaders are anonymous, and by threatening JandJ, you would not even be hurting him. By some miracle does your report go through with your "solid" evidence, the only people you would be hurting are innocent users who wished to download his models to use for their own videos. Also, you really need to work on your arguments because they are seriously weak. If he threatened you, wheres the evidence? Simply name calling and insulting you is NOT evidence.

By my remark with the "safe space", I was only pointing fun at how overly sensitive SJWs or victims like you are offended. Just like a preschool child.

P.S. sorry for the wallspam J. I don't normally respond to people like him but boy, does he strike a nerve. When he said he was 27, fuck I couldn't believe it. All this time I thought he was 10 and I let it slide but geez.


Instead he asked admin to block my ability to respond by deleting my account.

for what? i did nothing wrong.
you got your self banned omglod.


I think posting picture of private chat is what a child would do.

yeah, i'm the childish one...
i think it pretty childish to try to falsely report my download, and youtube videos.

Yeah kinda shocking he is 27 he is the very definition of a man-child.
To summarized what happen:
J&J commented on two of his videos litereally saying "lol" on both those videos with no context. Just "lol". Appeartly that triggered omgliobitch so badly that he goes into a mental breakdown trying to get those comments delete and the results is what you see.
I'm not even joking. A three letter word is what sent him over the edge. It's all hinted at those screenshots.

Omgliofuck if your reading this J&J didn't get you banned it was the admin, I bet you spammed the shit out of him like you did with J and the admin just had enough of your shit behavior and drop the fuck out of you.

Now omglio is in damage control when J showed those PMs because he knew he fucked up and does a compelete shit job trying to save his own ass.

Hey JandJ, do you have future plans on working this model?

UPDATE: it's out in xps http://datkofguy.deviantart.com/art/RWBY-Grimm-Eclipse-Pyrrha-Nikos-6602...

if i ever get it

I have been a big fan of yours. Thank you so much for your invaluable sharing with the MMD community!

Hello~ I love your videos, Thank you very much！！

Hello =D I have created an account for thanking you for your Kaat model!

Thanx to my HTC vive I can even see her dance at full size it's a very disorienting experience at first but woaw, worth it =v=b. (èé I'm part of the short hair Kaat support team)

I was wondering (since I'm pretty new) Did you created Kaat all alone? Did she have any lore background?
Speaking of model I can't find the one you put in your video "Good luck" (with the corset) =s is it still avaible?

that sounds pretty cool in vr.
i like the short hair more i think to.

yeah i made her out of bits and pieces of other models. i did make a little background information for her somwhere, i'd have to look for it tho.
ill look for that model.

J J you are my best

Thank you to the amazing music videos I like a lot of them :D

¿and the iwara version of last video in youtube?

I haven't made it yet

are you planning to do it? because I'm already salivating.

Just watched you tube "Toxic" Video ans woaw what a great job! I was wondering did she got a lil breast expension on this one °-°? Or maybe it's the clothes =o.

Your Kaat model are all great! Keep up the good work! (>< I want those model so bad now)
I didn't knew you had a you tube channel btw gonna follow you here too =v=/

You have a good eye, here boobs are a bit bigger in that video. If you want that model I can send it to you

That would be great thx a lot! =D
Chinesse Kaat is amazing too!
I can't wait to see your next model and gratz for 2B too she is lovely!

OMG I love your RWBY models! These are A+++!! Have you considered making more, like their alternate outfits, or even Team JNPR?

Please add me as friend！！！！！QAQ

but i don't even know you.

LOL Now ya tell me JandJ Ive been using Roxie as a cat for a year and a half and you packaged her in a file with Katt and Luna, Roxie . Now My Roxie is a Sexy Cute Kitty Meowwwwwwwwww

Have a nice day!

GJ! Your videos very nice,thank you video for sharing.

I like your works .
I visited your website,appeared on the my PC.(Avira Antivirus)
"storage.info
This is a malware website
Malware websites infect your device and can include viruses, worms, spyware, and Trojans."

I've never got a virus from tstorage.

is tstorage down? havent been able to acces it in a while

tstorage isn't working for me either

Yeah Iwara is back! I needed my Kaat fill. TvT/

I've got some rounds in my Barrel for your Maho Nishizumi Model. Stunning work as always. Hoping you are willing to share this model on tstorage in the near future.

LIKE Thank you
Thank you for always good model
I support you.

Thank you for comments on my videos and wonderful models.

I am greatly honored by your following !

your videos are amazing!

How have you been doing with that Cinder Fall model?

I gave up on it. But it's up for download in the forms

I joined your discord twice and went to sleep afterwards and noticed it's no longer in my list, did I break any rules or something? or is it just that I didnt talk straight away? if I'm not allowed I won't join again,. I'm sorry

i may have kick all the peaple that havent been active if a few weeks.
just rejoin its fine

Your model of race girl Nishizumi Maho is very beautiful, maybe the best maho chan I've ever seen... what a great work!

Love your works. Keep up the good work. ;)

Always I am indebted. I look forward to working with you

When you can come back?

Thank you, your video is very excellent ! m(_ _)m
If you don't mind, Could you please accept my friend request ?

Thank You for Sharing Models. Your Video is Awesome.
so Can you Accept Friend Request?

I wish the friend request could be accepted.

I really enjoy your videos! I hope we haven't seen the last of Kaya. Very nice work!

you an pm me here or on twitter or something

Thanks!! model "Meika Hime" was DL!

You do a great job with your work!

Greetings J&J, I have noticed a lot of your animations (including the ones with Kaat) and I have to say, I’m deeply impressed.

Greetings J&J, I have noticed a lot of your animations (including the ones with Kaat) and I have to say, I’m deeply impressed.

thanks, but none of the animations are actually mine. in mmd you can download animation files and apply them to any mmd model you want. but i do not make my own

Oh and I please you, make some long hair Kaat photo set or video. I know, I am boring with this :-D

Your video is very good. I like your videos. It's so cute and sexy. I hope you will accept my friend request

why you turn off your twitter
where is your new discord

I wish the friend request could be accepted.

Hi. Can I ask your friend premission?
Thanks

could you make tokino sora from hololive? R18 model ?

Could you accept my friend request? I wish I see more your work. Thanks

I'd like to see a private video, so a friend was requested. Please take care of approval.

I really like the works of the big guy. Can I add a friend? I'd like to see more of your works, thank you!ヾ(✿ﾟ▽ﾟ)ノ

thank you for your good videos
please accept friend request

I've requested it in a message before, but I'll write it here
I would like to request an MMD model of Ito Itosai of Sengoku Bushohime MURAMASA

Thank you for always good model!

Could you accept my friend request?Thanks!

Could you accept my friend request plz?Thanks!

I really like the works Can I add a friend?